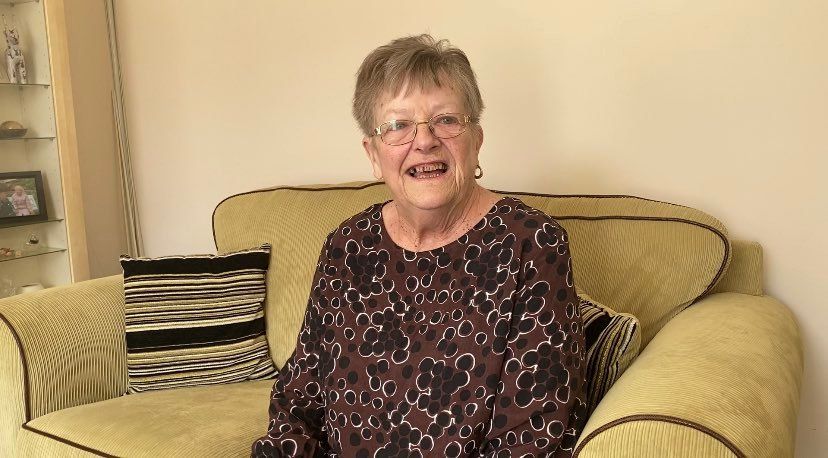 A grandmother of four from Lancashire has shared her experience of a recent NHS lung health check in a bid to encourage others to come forward.

When Helen Ford, 74, from Blackpool, initially received her invitation she ignored it; then felt guilty so made another appointment.

Lung cancer is frequently diagnosed at a later stage than other cancers because often there are no signs or symptoms at an early stage. The Targeted Lung Health Check Programme, launched across Blackpool and Blackburn with Darwen last summer, is a pilot scheme designed to identify signs of cancer at an early stage when it is much more treatable and ultimately saving more lives.

Currently, the programme is being offered to people living in Blackpool, Blackburn with Darwen and Rossendale who are aged between 55 and 74 and have ever smoked. This is because they are at greater risk of lung cancer.

The lung health check finds out how well a participant’s lungs are working and hopes to identify problems early. Most of the time no issue is found, but if cancer or an issue with a participant’s breathing or lungs is found early, treatment could be simpler and more successful.

Helen, a mother of two and grandmother of four, also lives with chronic obstructive pulmonary disease (COPD), a long-term lung disease. She said: “I also have COPD so when the cough got worse, I just thought it was a flare-up of the COPD and I just phoned my GP surgery and got the medicine I usually get from there.”

Following Helen’s initial telephone assessment with a nurse, she was then referred for a scan of her lungs.

“Deep down I knew there was something wrong so I wasn’t totally surprised when I got a call back to say something need further investigation.

Helen was diagnosed with lung cancer but has undergone chemotherapy and is now receiving immunotherapy. She remains positive and optimistic with her cancer starting to shrink.

The lung health check has possibly saved her life and whilst her cancer can’t be cured, it can be treated. Helen said she is glad she went for her check and would say to others: “I’d encourage anybody if they get the invitation please go because my cancer was stage three. If you can get it quicker than that, it’s worth it.”

Most types of cancer have four stages, stage three usually means the cancer is large and may have started to spread into surrounding tissues and lymph nodes nearby.

“Early diagnosis saves lives, so if you are contacted by a member of the team offering you a lung health check, please take it.”

You can see more of Helen’s story below.