Tell 3 people - If you were coming towards the end of your life what would you want people to know about what matters to you?

When you reach end of life what you want matters. Talking about death doesn’t bring death closer. It’s about planning for life, helping us make the most of the time that we have.

When you reach end of life what you want matters. Talking about death doesn’t bring death closer. It’s about planning for life, helping us make the most of the time that we have.

Firstly I would want professional to be honest with me, so that I knew that my life was coming to an end and that would help me to make plans to see and say my goodbye.

I'd like a natural cremation or burial. I wouldn’t want a religious ceremony. I’d want a humanist ceremony.

If you can all see that obviously they are my plans and arrangements.

You can stick me in a cardboard box or cremate me or whatever you want to do with me, I don’t mind.

I think I’d also want people to celebrate your life as opposed to your loss, if you know what I mean.

I’m a Buddhist so I have a slightly perhaps different view than lots of people about the nature of birth, life, death and rebecoming.

Would they want this song at the funeral? I think the important legacy for me, when I’m coming to the end of life, is that my friends, my family very much know I love them. There is nothing that they could do, within reason obviously, to upset me.

I’ve got two dogs. If I was in a hospice or in a hospital, I would really wish to be cared for at home but if that wasn’t possible I would want to have my dogs with me.

I’ve got a song on mind. So that’s ‘Flying without wings’ that I’d like.

I want ‘Staying Alive’ by the Bee Gees to be my funeral song.

Whether that’s if I’m being cremated, that’s the song that plays as I go into the fire.

I quite like the song tainted love by soft cell.

I probably would want people to come and pray with me as my faith is important.

We were very privileged for my mum to come and live with us for the last few months of her life.

She would say that she had a good death as a result of having us around her. When I saw that I thought that’s what I’d like too.

I want to be buried with my dad.

I would like to get buried in my suit.

Either a white coffin or a pink one, a pink coffin.

I want to donate my organs, would like my organs to go to someone because my nan’s were.

I speak out for all people with learning disabilities and finding out what they want in their lives.

I want them to look at me as a goo advocate for them.

I’d want people to make sure that I had a radio, that I could change the channels.

I would want to make sure that if it wasn’t my family, that other people knew that nature is important to me, the warmth of the sun on my face, the sound of the birds singing. That I like tea not coffee and that I like orange ice lolly pops. 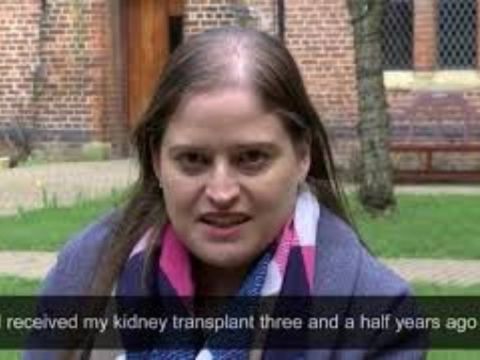 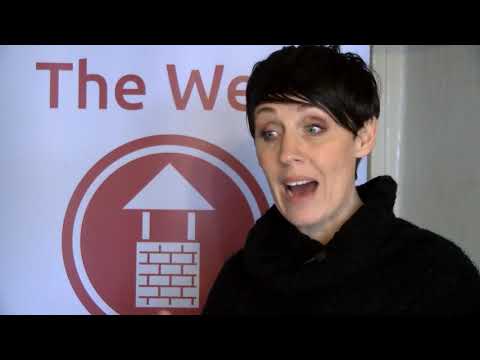 Self Care Week - What does self care mean to you? 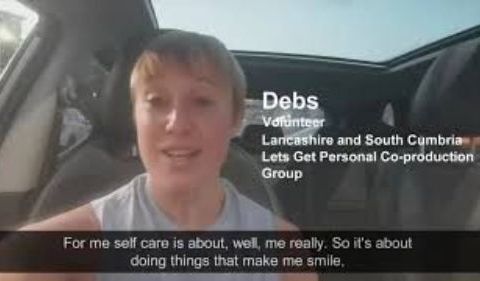