2021 LDCVS Volunteer Awards- celebrating the best of our community 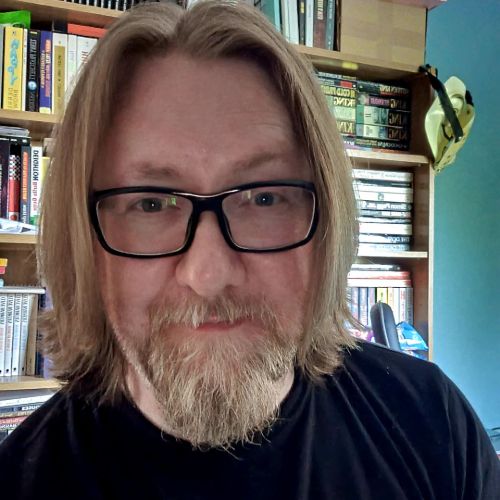 Mark Waddington manages the Volunteer Centre at Lancaster District CVS and has worked in or with the voluntary, community, faith, and social enterprise sector for nearly 20 years. he lives in Preston with his wife, two cats, and videogame collection.

At the end of 2019, Lancaster District CVS felt on the verge of a bumper year. Lots of long-planned initiatives were coming to fruition, we had a timeline of events for 2020, and as we closed down for the Christmas break the start of the new decade was looking bright.

In January 2020 we set to work on what would be our first big project for the year, the 2020 Volunteer Achievement Awards. By the end of February the planning was done, and so in early March we launched the nomination process and looked forward to record interest.

Of course, what we had failed to anticipate was a global health crisis not seen in 100 years (and really, who could blame us?). By the end of March, mere weeks after launching what we hoped would be a key event in our calendar, the team was working from home. I remember leaving the office on that last day before the first lockdown with the words “Well, see you in a few weeks!”

Oh, was I really that naïve? None of us could have predicted that we would still be working from home over a year later, the plans for the year cast aside as we put all of our efforts into supporting our sector colleagues and communities to get through the pandemic.

What followed from that first week of lockdown was quite extraordinary. Over a thousand people responded to our call for volunteers; we launched a new Urgent Response Fund, aimed at helping groups with the anticipated expense of a lockdown, and raised almost £100,000 in a very short space of time; communities, the voluntary sector, statutory organisations, and businesses all came together to share skills, information and resources in ways that we’d never before seen. As bad as Covid has been, as much sadness and upset and disruption as it has caused, there have been some wonderful, heartwarming, life-affirming moments to be found.

Coming into 2021 we knew that we had to do something to mark a remarkable year and our thoughts turned back to our Volunteer Achievement Awards. What better way to celebrate all the good that had come from the last 12 months?

Our Awards ceremonies have always been in-person affairs, for many years taking place at the Town Hall and more recently at the Trimpell Sports and Social Club in Morecambe. Up to 120 people usually attend, The Mayor presents awards and certificates, and everyone gets their photograph taken (unless they’re shy of course). Right away we knew that this would be impossible, so we decided to have the event online. We have all become used to online meetings over the last year or so (some might say fatigued by them) that holding it online had the potential to be a blessing or a curse.

We also made another significant change,  deciding that for this year we wouldn’t have any categories. We usually invite nominations to set award categories, such as Volunteer of the Year, Trustee of the Year, Fundraiser of the Year etc., but it somehow didn’t seem appropriate this year-  we agreed that in 2021 everyone was a winner. Our ‘celebrate and thank’ approach, coincidentally, ended up being the main theme for National Volunteer’s Week, so we were somewhat prescient.

One major difference from our last Awards in 2018- which is also a result of the pandemic- is that our team has expanded, with four new colleagues on hand to support the process. Tobi, our Communications and Partnerships officer, had a vital role when it came to our messaging and promotion of both the nomination process and the event itself. No less important was Nick, who handled the technical side, including making this video which was shown at the event: https://youtu.be/5BJRb7CNd-Q.

As we embarked on this year’s Awards, we thought that success might be 25 to 50 nominations- in the end we were overwhelmed with over 100! We felt incredibly privileged to be able to read about all the amazing people and their work, and how it has impacted positively on so many across our district. We had nominations for teams, individuals, neighbours checking in on people, formal volunteers, people offering support far outside their usual activities, and we will be showcasing as many of them as we can on our brand-new website so that everyone else can be inspired too!

We heard about the “Friends of” groups, teams of volunteers across the district who work in partnership with the city council to keep our green spaces nice for all. We heard about Broadband for the Rural North, or B4RN, and their gargantuan efforts across the district and beyond to ensure that isolated and rural communities have functioning, fast broadband and are not left behind in the digital revolution. We had people thanking their next door neighbours for helping them out while they were unwell. One group, Lancaster for Europe, was thanked for simply offering support when it was needed, despite it not being their stated purpose. There was a lot of that over the last year, organisations diversifying to make sure people got what they needed.

Our local refugee and asylum seeker communities were recognised for the help they have given, along with those who have helped them in turn. In all, over 100 people and groups were nominated by over 50 nominators, and we will be showcasing every bit of work on our website.

The finale was this year’s only category, the Roger Sherlock Award for Community Inspiration. Roger Sherlock was a local city councillor who sadly passed away in 2017. He had served as councillor for Skerton West for over 20 years-  in 2018 we decided to create a new award as a memorial to him and his community service. The inaugural winner in 2018 was Steph Hoggarth, whose Herculean efforts during the floods of the previous year helped so many in distress. This year we decided to award it to the people of Lancaster District in recognition of their ongoing support of each other during the pandemic.

In addition to our team we had some terrific partners this year from the NHS, the city council, and the local not for profit sector. Jenny Kay in the Mayor’s office in particular was invaluable, helping us to ensure that everyone who was put forward for an award received a certificate. While the event was a real success it wasn’t without pitfalls, and that will be the subject of a future blog post.

All in all the event was a success. We could never hope to thank every single volunteer, because there are literally thousands across Lancaster. We are happy that we have been able to celebrate and thank at least a few, share in their successes, and let them know that they are appreciated- not just by us, but by those they help and so many others who see their work. We were inundated with positive feedback, especially from people who learned new things from the event about what is happening in our district. We hope that our next event lives up to 2021.