Suicide rates in Lancashire and South Cumbria are the third highest in England and men are three times more likely to take their life by suicide than women.

Of those who die by suicide, 67% are not known to mental health services - so we need everyone to become suicide aware.

View an extended version of Clarke's video on our YouTube channel: extended video

Clark Carlisle: So this is where it all began bro. For me at least.

Marv: Not for me.

Clark: How how was it for you it's coming into a man's world at 16?

When looking back with hindsight because we know what happened. You know you you look if i look at that period of time in context it was just me enjoying the newfound freedoms of life and and I left Blackpool went down to QPR and started playing for England under-21s and and the world is growing, opportunities growing but I've got to say that in that the distance between me and you,  me and mum and dad and those who were my close relationships as a kid they just got bigger and bigger, with that came an inability to express to people that actually (yeah) football's great but this part of my life is absolutely terrible or that part of my life is devastating and not only that Marv, it wasn't even a thing.

(Marv) Never, especially to the outside world. Everything was shut down, nobody knows our business.

Clark: It's incredible that after my first suicide attempt in 2001.

I don't think I told anybody about it, other than those who were in the immediate environment.  Didn't tell my family and that there I know is the beginning of my depression because of that trauma and I found that out subsequently. And that's exactly what I did with my depression, I got the diagnosis in 2010 but didn't pay any mind to it until I put myself in front of a lorry in 2014. Just one continual depression.

Clark: I can vividly remember leading up to it. It's one of the hardest things I've ever done ever. Do you know what? I'm going to end this once and for all because I can't stop it coming back. I don't want to be a burden, but I do understand that other people's lives are affected now by my choice. So I'm walking around Liverpool looking for a responsible way to die.

We actually get quite a few of them come on you know and it's awesome that they get in touch. Guys around our age, you know, under 50, let's say and they are feeling a lot of the stuff that we've talked about and done. It's resonating with him especially about the upbringing you know and what it is to be a man and all of this stuff that's preventing them from sharing what they're going through. It's imperative that you find someone and tell someone because, like you said, there are people out there who not only can help but they want to.

(Marv) It's been hard but it's certainly been beneficial.

Clark: I wouldn't have made it without you bro and it's true.

Marv: I wouldn't without you because I love you bro.

The former Blackpool, Burnley and Preston North End defender has spoken openly about his own battle with depression and a previous suicide attempt.

“It’s no secret that I’ve struggled with my mental health for many years, so much so there have been times when I have been intent on taking my own life.

“Too many people still don’t understand depression is an illness and people can’t just ‘pull themselves together’. We need to end the stigma, we need people, especially young men, to open up about their mental health and talk about feelings of suicide.

“I feel blessed that I’m in a much better place now and I want people who are facing similar struggles to what I’ve experienced to know that there is a light at the end of the tunnel.”

​​​There’s no right or wrong way to talk about suicidal feelings. Visit our 'start the conversation' page to find out more. You will also find support if you have been bereaved by suicide.

You could also speak to an 'Orange Button' wearer - they've had training to help you. Find out more about the Orange Button Scheme.

Below you can download the campaign toolkit and promotional materials.

As part of our research, we are interested in finding out who is using the toolkit.

It would really help us if you could fill in the two boxes below and click submit. 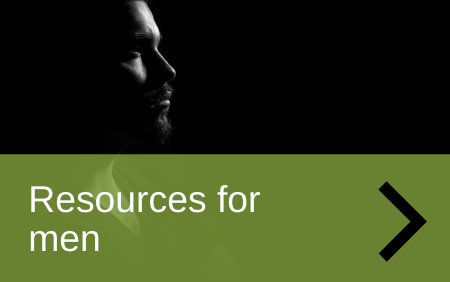 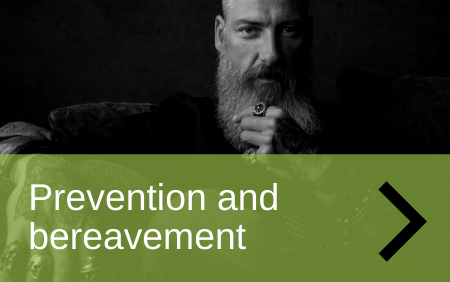 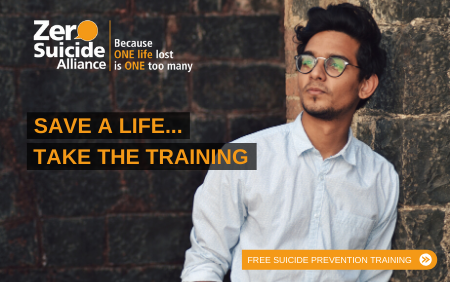