Neonatal care is the care provided to babies born prematurely or sick within a neonatal unit.

The word ‘neonatal’ means newborn, or the first 28 days of life. Approximately 1 in 7 babies require neonatal care at birth.

Neonatal Units provide care for babies who are born prematurely (before 37 weeks’ gestation) or with a medical condition which needs treatment when a baby become sick during or after birth or are babies born at a low birthweight.

The majority of babies admitted to neonatal units require only a short stay whilst they adjust to life outside of the womb.

Neonatal staff work in partnership with parents through a unique model of care called Family Integrated Care or FiCare. This allows parents to be fully involved with the care of their baby and enables them to develop the skills they need for successful discharge, within the safe confines of the unit.

Alongside expert medical and nursing care, many neonatal units offer peer support as well as parent craft activities, in order to fully support every aspect of family and infant development.

This short documentary video from Spoons, a Neonatal Support Charity, gives an insight into how neonatal care impacts on families (filmed at a Neonatal Intensive Care Unit in Greater Manchester).

All neonatal units in Lancashire and South Cumbria are part of the North West Neonatal Operational Delivery Network (NWNODN).

The role of the NWNODN is to provide impartial advice and expertise to all neonatal providers and commissioners within the three localities in the North West. The principle of the network is to work together to provide the highest standard of care for babies and families.

The NWNODN have a fantastic website with a huge amount of supportive information about neonatal services including details about each of the neonatal units within Lancashire and South Cumbria and plenty of parent stories and resources to support you if you do require neonatal services during your journey.

We recommend head over to the North West Neonatal Operational Delivery Network website and see what’s on offer. Here in Lancashire and South Cumbria there is a Facebook Peer Support Group, made up of members of the Parent Advisory Group and further details are available on the website or on Facebook. It is a closed group so only open to families who have experienced neonatal care.

When you have a baby your life changes immediately. When you have a premature or sick baby you are thrown into a world that you probably didn’t know existed.

A hugely helpful resource for all parents experiencing neonatal care which has been produced by parents, for parents is a document called Hey It’s OK.

You can find a diary extract of a real parent story on Facebook here.

Kangaroo care is a technique of newborn care where babies are kept chest-to-chest and skin-to-skin with a parent. It offers physiological and psychological benefits, both to infants and parents.

Dads have a role to play too - It is not uncommon for dads to feel like a visitor or spectator when their baby is in the NICU. Kangaroo care can empower dads so they also feel like a significant person in their baby's life. 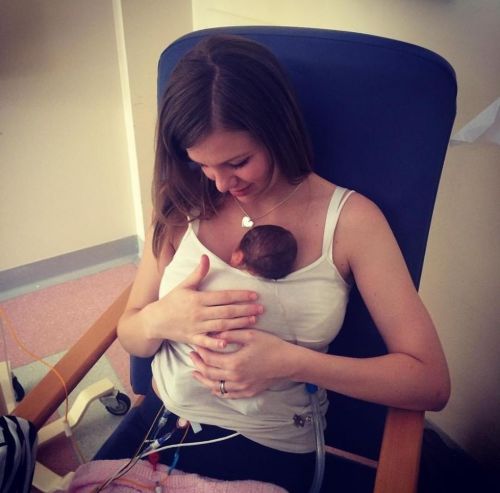